Much more than just a place to stay, RAAS Devigarh sets the bar for next-generation India. Nestled in the Aravali Hills, just 45 minutes away from Udaipur, this 18th-century palace is an outstanding heritage property. Responsibly-updated, eco-minded, and environmentally- conscious, it meets the needs of the modern traveller, whilst remaining a stunning testament to the beauty, charm, and magic of old-world Rajputana.

Holding a commanding position with views across the valley and the village of Delwara, RAAS Devigarh showcases an array of decorative styles and tranquil landscaped gardens. Minimalist interiors are polished and comfortable, beautifully juxtaposing the ancient, ornate backdrop.

RAAS Devigarh is a quiet oasis, which allows you to relax in peace and enjoy the swimming pool, hot tub, gardens, fitness centre, spa and delightful views.

When you are ready to explore beyond the palace, we have collated a list of must-see places, presented as day-long itineraries, to give you a taste of the amazing activities available. Soak up everyday life in Delwara, enjoy a range of walks from the hotel gates, visit the City Palace of Udaipur or pay pilgrimage at one of the many fascinating temples

Strategically placed on top of a hill in the Aravalli Range, RAAS Devigarh overlooks the village of Delwara. Its construction was completed in the year 1760, under the reign of Rajrana Sajja Singh II. The palace was originally built using locally mined marble, a practice that was followed once again during its restoration.

Strategically placed atop a hill in the Aravalli Range, RAAS Devigarh’s construction was completed in 1760 under the reign of Rajrana Sajja Singh II. The palace was originally built using locally-mined marble, a practice that was also followed during its restoration.Previously known as Delwara Fort Palace, the building’s origins lie long before its completion in 1760. In recognition of his service to the famous Maharana Pratap of Mewar, the principality of Delwara was gifted to Rajrana Sajja Singh and his brother, Ajja Singh, following the battle of Haldighati in the year 1576.

The palace fortress, as seen today, is testament to its brave and loyal benefactors. With the coming of the modern age, it has been transformed into one of the most spectacular luxury travel destinations in the region. The restoration of the hotel was undertaken by a team of 750 people over a period of almost 15 years. Finally, in 1999, Devigarh re-opened its doors, offering visitors a blend of new-world comforts and old-world charm. 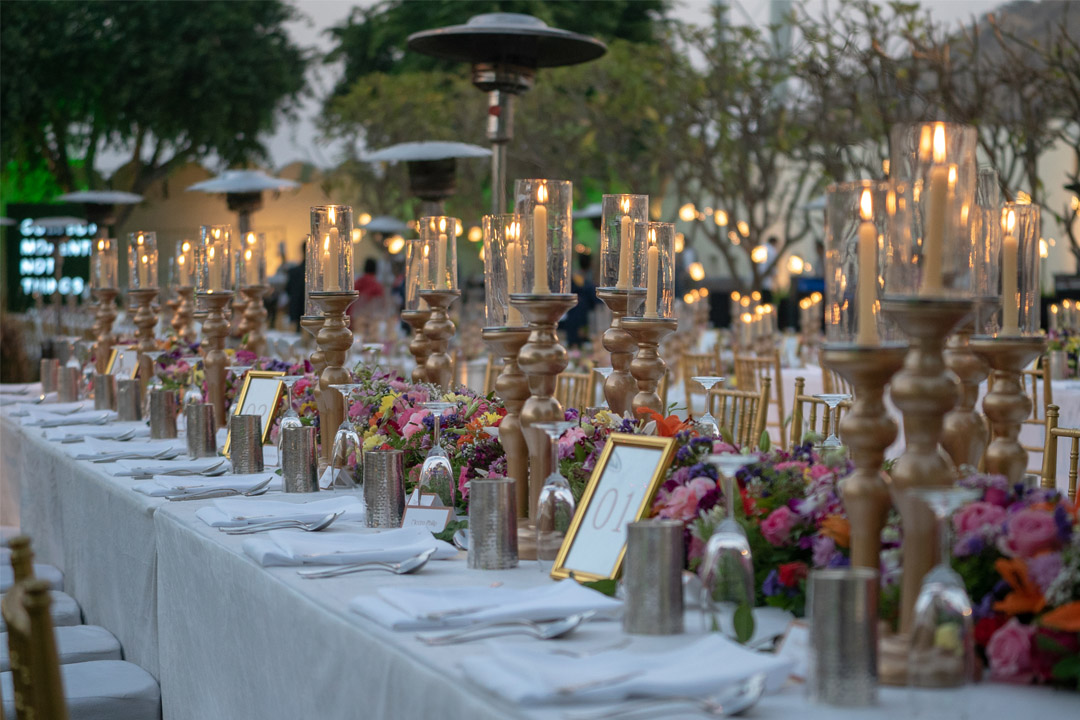 In uncertain times, we seek out safe spaces. RAAS Devigarh is sufficiently remote, yet sufficiently accessible. It’s just right for your most intimate and important celebrations. 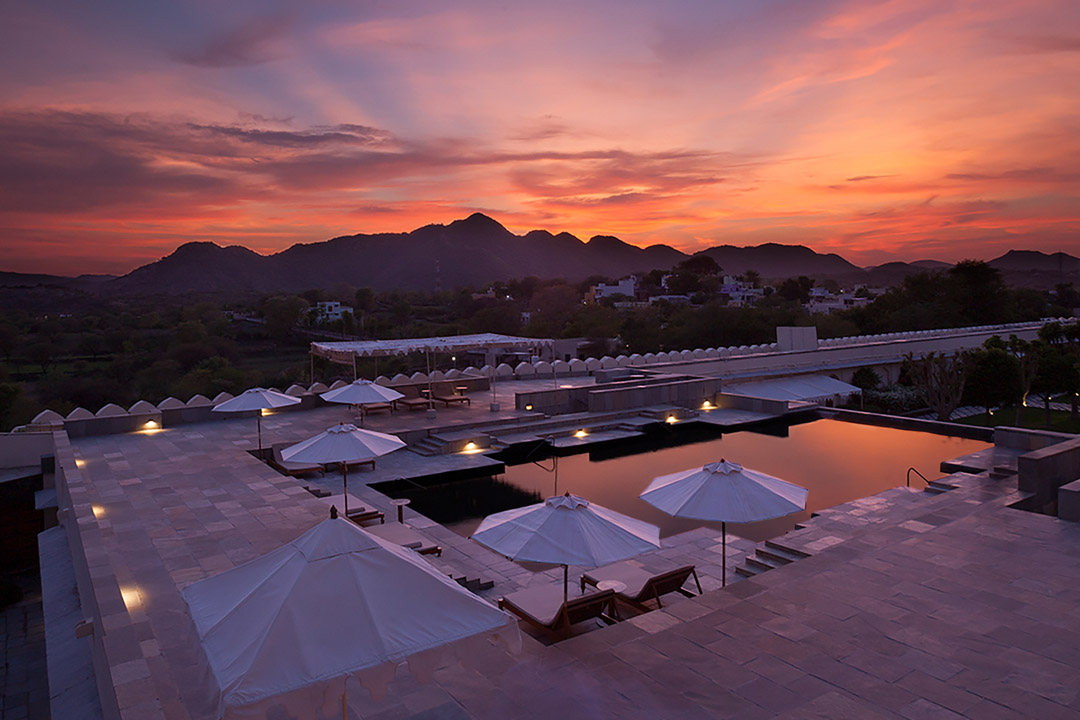 The hotel offers a wide range of both indoor and outdoor recreational activities, which are suitable for all ages. There are guided excursions beyond the palace for guests who wish to explore the area. 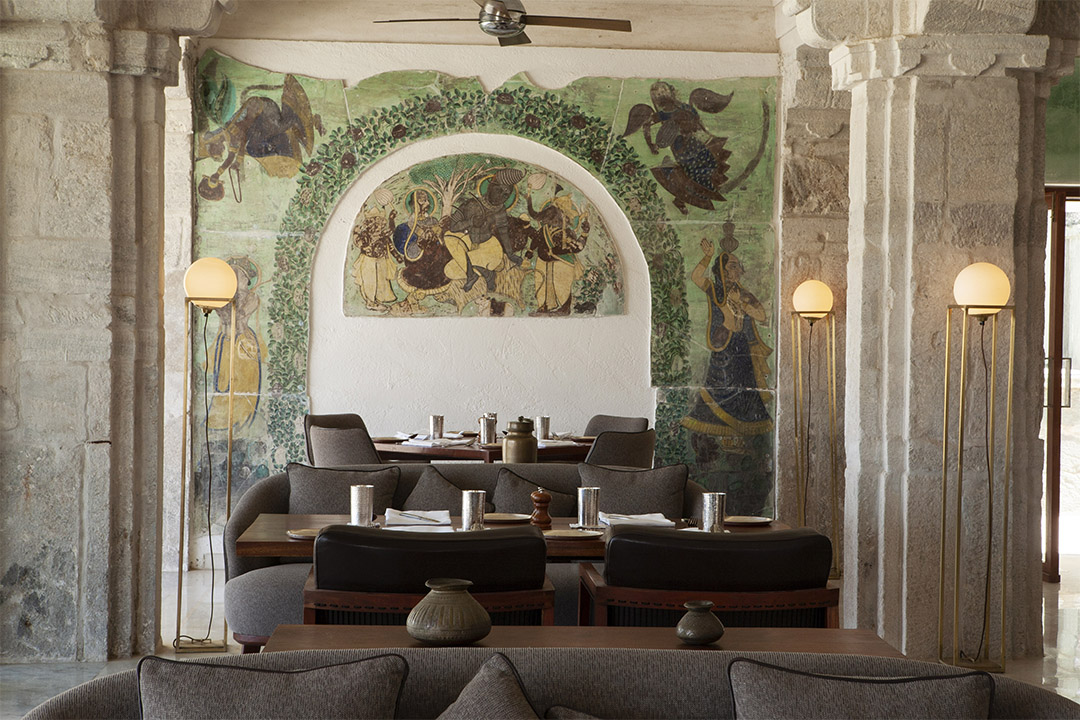 In beautiful settings that show off the hidden jewels of the palace, Devigarh offers a range of local and international cuisine to suit every taste. We also have a dedicated spa menu.

RAAS Devigarh is a quiet oasis, a 45-minute drive from Udaipur, which allows you to rest in peace and enjoy the swimming pool, hot tub, gardens, fitness centre, spa and views. When you are ready to explore beyond the palace, we have collated a list of must-see places, presented as daylong itineraries, to give you a taste of the range of amazing activities available. Enjoy exploring everyday life in the nearby village of Delwara and a range of walks from the hotel gates, visit the City Palace of Udaipur or pay pilgrimage at one of many fascinating temples.